I heard an amazing speaker last month here in Redlands CA – Peter Raven – a world leader in conservation who TIME Magazine has described as a “Hero for the Planet.” Awarded the highest U.S. award for scientific accomplishment (Medal of Science), Raven is the long-time president of the Missouri Botanical Gardens, oldest botanical garden in the U.S., a former Stanford University professor renowned in botany. 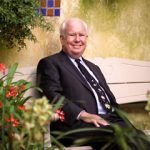 Speaking on “Saving Life, Saving Ourselves”, I was mesmerized and shocked with the data that poured out of Raven. So — because I’m afraid you won’t read further — I’ll start with the most positive things we can do more of, and then back it up with the stats.

Okay, WHY? — the stats underlying the need for conservation: (many of these are taken or updated from his book

Despite being aware of recent population numbers, the population data Raven shared and the impact on biodiversity most surprised me – seeing the following numbers and the graphI found online shows the story.

My goal is to educate about the science of nature in layperson speak, through my writing, science and education background. I grew up in the Chicago area, loved living in Minneapolis before gravitating to the West, which is now home.
END_OF_DOCUMENT_TOKEN_TO_BE_REPLACED