As mentioned in a previous post, we’ve seen some coyotes in our Southern California residential area recently. One was feasting on a dead squirrel as we drove by late one night; two others were documented on the night camera set up in the alley behind our house. Having grown up in the Chicago suburbs and never hearing a coyote howl until I moved west, I like the sound that reminds me of our coexistence with wildlife.

This article has two purposes: one is sharing what I’ve learned about how to react when I see coyotes in our neighborhood. The other is about a planned coyote hunt in California (2/12 update: see below), which people can act on if they so choose.

First, if I see a coyote in residential areas in daylight, I need to use hazing to discourage them. I wish I had done this more in our previous home in San Diego County where we lost a couple chickens to coyotes (see photo). Hazing is persistently and consistently providing a negative response when an unwanted animal is becoming habituated to the presence of people. Yell, bang pots, blow whistles, throw sticks – generally do something the animals want to avoid.

Hazing does not chase animals out of a territory, nor does it harm the animal. As Ashley DeLaup, a wildlife biologist who established a program when she worked with Denver’s park and recreation department said, “Territory is precious to animals and they need those resources for survival, but they can be out at 2 a.m. instead of 8 a.m. So if they are always harassed at 8 a.m. they’ll learn not to be out at that time.”

The Denver area’s spur to action occurred in 2009 after a woman was attacked and bitten by three coyotes while walking her Labrador retriever in her neighborhood.

DeLaup, who is now the Colorado representative for Project Coyote (a group dedicated to coyote and other predator co-existence), went on to say that harming an animal, on the other hand, makes it unpredictable. “And killing the animal just opens that space up for a new coyote,” she said. Research and evidence from other urban areas convinced Denver officials that hunting them, or trapping and relocating coyotes was not effective. Other coyotes would replace them and problems would continue.

DeLaup helped Denver officials put together an education program that taught residents about coyote behavior, and educated people on ways to decrease negative encounters with coyotes in both their backyard and on the trail in open space. For a hazing brochure that Project Coyote developed with scientists click here.

Some other tips for living alongside coyotes:

2/12 Update: Please see Project Coyote for more info. Briefly, the hunt went on, with approximately 200 hunters. The commission heard testimony and received 20,000 letters and emails from concerned citizens opposing the hunt. Also, public lands agencies informed contest participants that they would not be allowed to kill wildlife on public lands. Several groups are now promoting legislation to address contest killing. A similar hunt in New Mexico last fall was stopped.

The second reason for this article is to let readers know about a campaign to call on the California Department of Fish & Wildlife (CADFW) and the California Fish & Game Commission (Commission) to stop a coyote killing contest hunt planned in a few days in Modoc County. Three organizations, Project Coyote, The Animal Welfare Institute and the Center for Biological Diversity are leading efforts to stop the hunt. 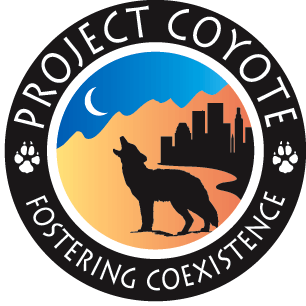 In addition to arguing that hunts are ineffective, they cite evidence that gray wolves are often mistaken for coyotes and are jeopardized. It’s also against new legislation (AB 2402) that Governor Jerry Brown recently signed into law requiring the Fish & Game Commission to use “ecosystem based management” and the best available science in the stewardship of California’s wildlife. The hunt is scheduled to take place February 8-10th.

More info about the hunt can be found on this website

Here are further links on actions people can take in the next couple days.

For more info on coyotes, see my prior post How to Change Coyote Trapping Practices

My goal is to educate about the science of nature in layperson speak, through my writing, science and education background. I grew up in the Chicago area, loved living in Minneapolis before gravitating to the West, which is now home.
END_OF_DOCUMENT_TOKEN_TO_BE_REPLACED