Note: this is my 100th blog article since I launched in December 2011! (and my 2nd in a series on rodenticide issues)

My husband saw a panting, lethargic coyote on the streets of our city a couple days ago and we called Redlands (California) Animal Control. A city official who didn’t want to be identified said they caught it, and said they’re continuing to see a higher number of sick coyotes this year. When I brought up the possible link to rodent poison, he said he had heard it could be affecting the coyotes, adding, “Every business has those black [bait] boxes around.”

While we don’t know if rodent poisons (rodenticides) played a role in this latest coyote’s illness and likely euthanization, research does show the stronger rodenticides used today — and found in common products such as d-Con and pest company formulations — can sicken and kill humans, pets and particularly our wildlife. The purpose of this article is to give a rundown on the research, with some input from the researchers themselves. See my  earlier posts on this issue for more background: Using IPM to Control Rodents- Part 1 and Part 2. I also wrote about our rat problem (rats like to sleep in our attic)  in earlier posts. An upcoming article will focus on how California communities and pest companies are dealing with this issue.

Below is a summary of the research to-date:

Overall, nearly all the wildlife studies below show at least 70%  (95% of tested bobcats) exposure to rodenticides

It’s easy to understand why Laurel Serieys, a PhD candidate at UCLA who has studied the effects of rodenticides in wildlife, finds disturbing parallels between the DDT use forty years ago and common pesticides today. The new generation of anticoagulant rodenticides or ARs are of particular concern to our wildlife populations.

These second generation ARs are more toxic because death can occur from a single primary ingestion by a rodent. However, although one dose can be lethal, two EPA studies show it can take up to a week before the rodent shows clinical signs of the internal bleeding that kills them. In the meantime, the animal can be eaten by a coyote, bobcat, hawk, owl or other predator, who in turn can sicken and die of internal bleeding.

Human deaths from rodenticides are rare but are almost always associated with exposure to second-generation ARs. In 2011, the National Poison Data System reported 12,866 reports of rodenticide exposure to U.S. poison control centers, with 80% of them children under six. While most were not serious , two people died and 15 experienced major effects. This means internal hemorrhaging. For more info: Medscape overview article 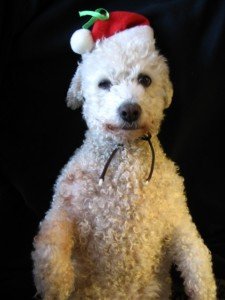 Rodenticide poisoning is a common pet poisoning seen in veterinary clinics. A friend of mine spent her last Thanksgiving at an emergency veterinarian office getting the stomachs of her two dogs pumped. The door to her mother’s shed was open, and they ate rat poison pellets that were stored on the floor. Rodenticide poisoning ranks in the top 10 phone calls to animal poison centers. For more info:  Vet advice on rodent poison

Owls and hawks are highly susceptible to rodent poisons since rodents are a common meal. When I lived in New York City in the 90s, a red-tailed hawk, named Pale Male by residents, lived near Central Park. He has become a celebrity, especially as he has survived a succession of mates during his 23-year lifespan. Over time, rodenticide poisoning was suspected for his partners’ deaths. In 2012, necropsy results showed one of his latest, Lima, had died from internal bleeding just before laying eggs. She had three rat bait anticoagulants in her body, including brodifacoum, the active compound in d-Con. In addition, two of of three other dead hawks found in Manhattan were tested, with three dying of spontaneous hemorrhaging from ARs.

Dr. Maureen Murray from Tufts School of Veterinary Medicine has tested 161 raptors (primarily owls and hawks) that were brought in dead or died at the clinic. She was surprised with the results:  86 percent of them had rodent poison residues in their systems. The amount varied greatly between individuals. For example, one bird appeared to have died with 12 parts per billion (ppb) of the poison in its blood, while another had a surprisingly high 260 ppb but appeared to have died from other causes. Maybe this is why Pale Male has survived — he’s developed a resistance to it. Murray has received a second grant to continue testing raptors.

Similarly, a Canadian study involving 164 owls showed 70% had residues of at least one rodenticide, and 41% of them had more than one rodenticide detected. The most deadly was brodifacoum, again the AR used in d-Con and by commercial pest control companies. “The very best thing the public can do is to practice integrated pest management (IPM) and employ pest control professionals that use an IPM approach. That is, homeowners should not rely on poisons alone to control rodents,” says Murray.

Up to 83% Coyotes Affected

UCLA’s Laurel Serieys has been collaborating with the National Park Service since 2006 to study mange and anticoagulant exposure in bobcats in the Santa Monica Mountain National Recreation Area. The study has found 95% of bobcats are exposed to ARs due to eating animals containing ARs. This included data from both urban and agricultural areas, and also from individuals in more remote habitat such as Point Mugu State Park.  “A fetal bobcat was revealed to be exposed already to ARs and so this is an issue beginning for bobcats during prenatal development and likely persisting for the duration of an individual’s lifetime.”

Serieys has analyzed the results and found poison use around single-family high density residential areas, golf courses and office parks seem to be especially problematic for exposure to secondary compounds in bobcats. When published, the results will appear on her website, www.urbancarnivores.com

Serieys and others have noticed a type of mange, different from the one affecting coyotes, that is increasing among local bobcat populations. Of 79 bobcats that died from 2002-2005, more than one-third died of notoedric mange, with all of those showing exposure to ARs. However, the bobcats show no outward signs of anticoagulant rat poison exposure symptoms.

While it hasn’t been studied well, Serieys said coyotes and others in the dog family appear much more susceptible to the effects of anticoagulants than bobcats, up to 100 times more sensitive to some of the compounds. “We believe what is happening with bobcats is that they tolerate a chronic exposure that doesn’t kill them, but when stressed by disease, in this case mange, the animals can succumb to the disease,” she says. This may also explain why household and feral cats are more tolerant of rodent poisoning than dogs.

At least 80% of Fishers, Kit Fox and Mountain Lions Affected

In another study, 58 dead fishers that were near illegal marijuana growing areas were tested for ARs. (Illegal marijuana growers are known to use high quantities of rodenticides.) Nearly 80% (46 of 58 – 79%) of the fishers were exposed to AR.  Concerned that the endangered San Joaquin Kit Fox was being exposed to anticoagulants in urban areas, the California Department of Fish and Game tested 30 kit foxes that died. Tests showed 26 or 87% contained brodifacoum residues, with another poison, bromadialone, found in over 40%. They compared them to a population of 12 kit foxes in a wild, non-urban area —  none tested positive. Mountain lions who have died are also being tested, and showing high ARs in their systems.

As you can see, the effects are quite sobering.  Here’s what you can do:

My goal is to educate about the science of nature in layperson speak, through my writing, science and education background. I grew up in the Chicago area, loved living in Minneapolis before gravitating to the West, which is now home.
END_OF_DOCUMENT_TOKEN_TO_BE_REPLACED